Android or iOS: Know which users you should target first

The increasing number of mobile phone users across the globe has caused a revolution on the app stores. With more than 2.57 million Android apps on the Google Play Store and more than 1.84 million iOS apps on the Apple App Store, mCommerce is seeing a rise like never before.

The advent of DIY mobile app builder tools like AppMySite, has made it easier for brands to convert their website into app. It is the smartest and most strategic step one can take for expanding their reach and increasing their revenues.

So, as an aspiring business that is willing to branch out and reach its potential consumers who are mobile users, you must know where you should invest your resources. It is absolutely normal if you are anxious about your choices and are unable to decide which platform to aim first.

In this article, we aim to address this issue and give you a clear insight about both the options. It will give you a thorough guidance and help you achieve your product target. Read further and find out, what can work best for you.

Android Apps: The maverick for the masses

‘Android’ is a mobile operating system based on Linux kernel and other open source software. It is primarily designed for touchscreen mobile devices such as smartphones and tablets. Currently, there are more than 2.57 million Android apps on the Google Play Store and the market is constantly expanding.

Unlike iPhones, Android devices have a simpler interface and are open source. It means, that using third party apps and services is easier and more convenient. Therefore, in terms of affordability, ease of usability and accessibility, Android is the clear winner.

Devices that run on iOS operating system, have carved a niche for themselves. It is more popular amongst the mobile phone users who are sophisticated and stick to their ‘classy’ choice of gadgets. The number of iOS apps on the Apple App Store reached more than 1.84 million in 2019 and the strength is constantly expanding.

Currently, iOS has a 13% share in the cult mobile market but is bound to grow. With improving living standards, more and more people are opting for iOS devices everyday. Solely between 2012 to 2019, the number of Apple smartphone users grew by 20%.

Undoubtedly, the elite market is quite a huge fan of Apple devices and thus iOS apps have a stronger future. It will always stay a step ahead in the game of luxury and remain a prime choice of the creamy layer users.

Factors worth consideration and analysis

While Android is a more common and popular choice with the highest reach, iOS has better monetization prospects. So, before you decide to build an app for either of the platforms, you must be aware of the nuances between both.

The various factors that you should consider before choosing your app platform are:

Identify who your potential customers are and choose your platform accordingly. Consider all significant factors like gender, age group, social status, class, profession, and more, as it will play a key role in conversions of your app users into customers. For instance, according to a survey by Hope King, men can outnumber women in terms of using iOS devices.

Conduct a detailed research of the market and then proceed to build an app. Going by the market share, if you want to target consumers in terms of usage strength, you can go for Android. Whereas, on the contrary, if your product is a luxury and is meant for the niche market, you can just build an app for iOS users.

Primarily, all the discussion around preferences often boils down to this single factor. Extend your budget as much as you can but save some for app marketing as well. Therefore, see what your resources permit and curate your business app accordingly. Developing an iOS app can be more costly than building an Android app. However, it totally depends upon the resources you have at your disposal.

Besides determining your target audience and your finances, you must also measure and quantify your business goals. This will help you in identifying your targets and scope and hence tell you about your potential market. For example, if you are looking for more long-term and loyal engagements from your customers, you should go for iOS apps as people are more likely to abandon an Android app.

There is a huge difference between the development process of iOS and Android apps. While iOS caters to lesser number of devices, Android has a more varied prospect, thereby making it more complex. Android app development can be 30 to 40 percent slower than iOS and thus the budget can also fluctuate. However, the Android ecosystem is more extensive and there is also ample scope of customizability.

As the controls and app access to user’s data is not as strict as it is for iOS, data Privacy and security can become an issue on Android devices. Therefore, if your app involves complex encrypted transactions and exchanges, you need to ensure the data security and privacy of your users. In this case, iOS can be a great alternative. But if your app needs enough permissions and access to users’ devices, go for Android as it will be easily manageable.

An app’s monetization strategy largely determines the platform of development. It is believed that iOS users are more likely to pay for an app, app subscriptions, features or make in-app purchases. Due to this reason, despite having a smaller market share, Apple brings more revenue than Google Play Store. However, the Android apps are soon catching up and have a considerable influence over profitable monetization strategies.

The timeline that you have drafted for your project should also determine the app platform. Device fragmentation can make Android app development more time consuming than iOS. On the contrary, it takes lesser time to get an app approved and published on the Google Play Store as compared to Apple App Store. However, it also depends upon the features that you wish to integrate in your app. So analyze every factor independently and in detail.

However irrelevant it might seem, your products that you are willing to endorse and sell on your app should determine your platform. For instance, if it is meant for a luxury range, you can sell it on iOS, and if it is meant for the masses, i.e., anyone, then you must opt for both the platforms. Your brand image and existing consumer-base should also be considered as the metrics for judging the platform of your app development.

The country or the area that you are targeting can also play a key role in determining your app platform. For instance, in few countries like Egypt, India, Italy and Spain, there is a huge gap between the number of Android and iOS users and the latter are quite less in number. So, if you wish to target a larger population, you can go for Android apps first. However, in places like United States, United Kingdom, Sweden, Ireland and France the difference is quite less. In this case you can get an app for both the platforms.

We have gone through a detailed scrutiny of the various factors related to Android and iOS apps. By now, you must have got a vivid idea about both the platforms. Based on your deductions from the points discussed above, you can choose your first platform for your WooCommerce or WordPress app.

However, it is advisable that you create an app for both Android & iOS users altogether. Besides giving you the maximum exposure, it will also help you in reaching a large number of potential users. You will also save yourself from going through the same strain twice for each platform. Even if your existing users make a switch between the platforms, you will not lose them just because you don’t have an app for their new platform.

If you are worried about going overbudget, we have the perfect solution for you. Go to AppMySite online app maker and build apps for both Android & iOS users at a nominal budget. What more? Well, you get many additional features like payment gateway integration, website syncing, social media integration and push notification dashboard for free.

Get in touch now and convert your website into app in a coding free environment. Build one app for free, preview it, and submit to both Google Play Store and Apple App Store without any hassle. Go ahead and give your business new heights.

AppMySite is an affordable Android & iOS mobile app builder that creates premium mobile apps for your WooCommerce and WordPress websites. Build your app for free without coding and publish it to reach your potential customers.

How to Download and Install FlipaClip on Your PC

Why choose a psychologist? 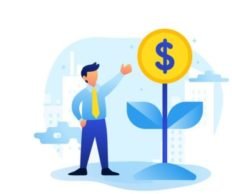 How to build mobile apps that bring in revenue

By  App My Site

How mobile apps work as a driving force for your business

By  App My Site