How “Buy Now Pay Later” Impact On Your Ecommerce Business During Covid – 19 Pandemic?

Technology has changed the way we live and behave in many industries. In terms of payments, the way we shop and pay is constantly changing. The COVID-19 outbreak demonstrates how payment habits can shift at any time. The traditional credit card industry has recently been shaken by a new wave of Buy Now Pay Later (BNPL) services, which allow consumers to purchase an item and pay for it later in interest-free installments. BNPLs are favored by tech-savvy Millennials and Generation Z, who are skeptical of credit cards, as a low-commitment, user-friendly, and budget-focused alternative to credit cards.

Traditional payment methods may become increasingly cumbersome for both customers and sellers in the future, as the ability to shop straight from one platform becomes a key component of generating conversions. More financial institutions may push into the lifestyle and social-media landscapes, further blurring the barriers between entertainment and economics, as the digital-native generations become a larger segment of the client landscape.

Generation Z and younger Millennials were raised in the aftermath of the 2008 financial crisis and graduated into poor job markets, thus they are more cautious about spending, debt, and hidden fees than earlier generations. They have unique financial service demands as digitally informed consumers. They demand simplicity and ease of use, as well as devices that seamlessly combine with the other applications they utilize. Traditional banking services are not enticing to this new generation of consumers because of their high-interest rates, stringent restrictions, and complicated lingo. As a result, leading Buy Now Pay Later service providers such as Klarna and Afterpay, with their accessible approach to personal finances, bright branding, and creative collaborations with lifestyle companies, focus exclusively on this consumer category.

Buy Now Pay Later programs generally provide the same benefit as credit cards, but without the commitment or interest payments. Users can immediately begin using the services without having to go through any application or background checks. They can also defer payments for longer periods than monthly credit card billing cycles, giving them more flexibility in cash flow management. The merchant fees and late fees collected from customers are the primary sources of profit for the Buy Now Pay Later business model. Merchants are often charged a greater fee than credit card companies. Flexible payment methods like BNPL enhance basket sizes and conversion rates, therefore merchants are usually happy to pay the premium.

While Buy Now Pay Later service providers frequently portray themselves as agents that assist clients to gain control over their finances and avoid debt accumulation, there is a risk that they may actually accomplish the opposite. The Buy Now Pay Later option, with its ease of purchase, can make it dangerously easy for consumers to spend above their means, trapping them in an unsustainable debt cycle in the worst-case scenario. This is especially true because many BNPL service providers charge exorbitant late fees, which can amount to as much as 30% of the payment.

Because the majority of BNPL solutions target non-essential areas like fashion and luxury, there are fears that they would encourage impulse purchases and promote a hyper-consumerist culture. It can also lead young individuals to spend more without fully comprehending the repercussions, especially in non-US Western countries where bearing debt at a young age is not as prevalent. With the impact of the Covid-19 pandemic nearly quadrupling the use of buy now pay later contracts in 2020, rising worries have caused some countries to establish new rules for these services. As the rate of adoption rises around the world, more countries are expected to enact additional regulations.

BNPL services are poised to significantly disrupt the traditional banking sector as the latest wave within the bigger fintech industry. Given the Covid-19’s long-term financial impact, particularly among younger generations, Buy Now Pay Later programs are likely to gain traction in the future. With established competitors like PayPal joining the fray, the market will become increasingly crowded, with large banks, fintech start-ups, and tech behemoths vying for customer attention and market dominance.

While the Buy Now Pay Later approach has primarily been employed in retail and e-commerce, it can be used in a variety of other industries. As a result, it’s likely that BNPL services will spread to other industries, such as grocery and physical stores, paving the door for new omnichannel applications. Buy Now Pay Later apps may evolve into more comprehensive platforms as the market grows, allowing users to gain insights into their spending habits, receive personalized budgeting advice, and find new products based on previous purchases.

Bringing the online and offline worlds together

The digitalization of global trade is becoming more common. During the epidemic, merchants who were able to quickly convert their physical volume to digital channels demonstrated their resiliency. However, online is unlikely to ever totally replace physical purchasing. People flocked to their favorite stores and eateries all across the world as they reopened. Consumers are still enamored with the one-of-a-kind experience and social aspect that physical stores provide.

In the future years, unified commerce, or the merging of offline and internet channels, will be a key issue. Whether they shop online or in person, customers want a consistent brand experience. The rise of personalized virtual purchasing is a good illustration. A consumer can join a video conference with a sales associate from home to see what’s available in the store and get guidance. When the customer is ready to buy, the representative sends them a secure payment link through text message, and the transaction is completed in a matter of seconds.

Nonetheless, with household finances expected to continue under pressure for the foreseeable future, it is evident that consumers want to see additional buy now pay later alternatives in the future. While it may not be as widely utilized as more traditional payment methods, the market for it is likely to develop significantly in the future years. When all demographics are taken into account, the percentage of potential customers who said they would be “very” or “very” interested in paying in installments is nearly three times higher than the 6.4 percent of consumers who presently use BNPL plans.

Allison Janney is a Sales & Marketing Manager at ChargeAfter. She would like to share content on Finance Industry like Point of Sales financing, Buy now Pay later, consumer financing & Ecommerce financing for valuable reader.

Common Brand Identity Mistakes: How to Fix Them 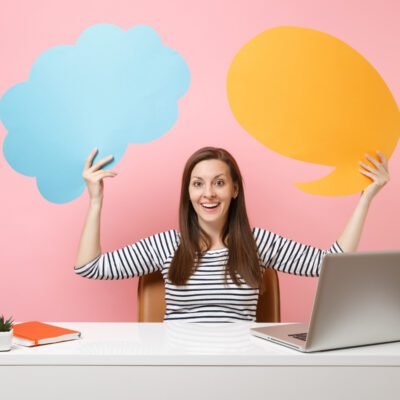 9 Reasons Why Magento Development is Important for Your Business