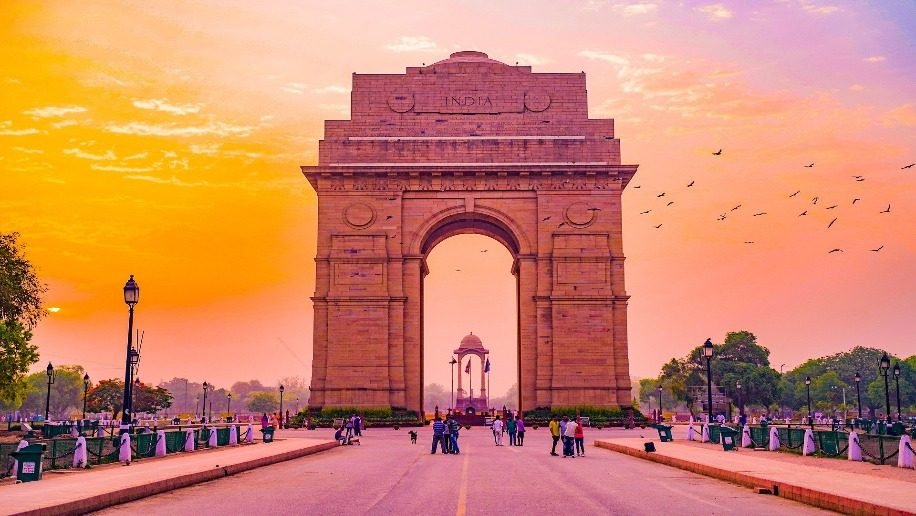 The ancient artifacts themselves define Delhi, the capital city of India. There are endless reasons why Delhi is a place that suits the majority of people. Whether it is about mouth-savoring dishes, buying the most fashionable clothes at the lowest prices, or finding a residence without tearing out your pocket, Delhi is your choice.

The lively nature of the urban, the vast nightlife, and the contemporary culture with vibrant people, all make it feel fantastic to be in the city; and of course not the forget the metro! Also, don’t forget by using Astropedia’s Rahu Kalam Delhi.

Knowing the History of Delhi

Well, Delhi’s history itself is a blend of different kingdoms; the place has been existing since the time of Mahabharata, and hence knowing the olden times is surely a treasure worth digging for.

Delhi first got its significance because of its mentions in the epic Mahabharata regarding the brothers Kauravs and Pandavas, the sons of Prince Bharata.

As per the references, there was a city called Indraprastha, “City of the God Indra.” The place served as the capital of Pandavas, and Delhi was considered to be built over Indraprastha that was found around 3500 BC.

Qutb-ud-din Aybak was the first Sultan of Delhi that was once a slave and progressed gradually to increased ranks, from slave to governor to Sultan around 1206. To honor his victory, the Sultan started the construction of QutbMinar; unfortunately, the Sultan died before seeing the Minar in completion.

During the late medieval period, several forts and townships were built, and several dynasties like Khalji, Tughluq, Sayyid, and the Lodi came into power. Later Timur Lang invaded Delhi on 15 December 1398 and announced his victory on 18 December 1398 over Delhi. It was a huge destruction period for the region since the entire city was destroyed, and over 100,000 war prisoners were killed; it is said that Delhi is the city that was destroyed and built many times.

After the medieval era got over, the early modern period took place. Along with it, the Mughal Empire was on the rise between the 16th and 18th centuries. Shah Jahan also ruled the city and announced it as the capital until the fall of his empire. Humayun’s Tomb, Red Fort, and Jama Masjid were some of the builts during the Mughals’ time. Delhi at this time also produced poets such as Ghalib, and it became a prominent center for culture.

On 28 March 1737, a battle between the Maratha Empire and the Mughals took place. The Mughals were weakened due to the battle, and they asked Nizam for help. Nizam left Deccan to rescue the Mughals; however, he ended with defeat in the Battle of Bhopal. Marathas hence got the Mughals to sign a treaty promising Malwa province and 50 lakh rupees as war expenses.

In 1739, the Mughal Empire faced a huge loss when it was invaded by the army of Nader Shah. In just 3 hours, Nader captured the Mughal capital, looted it, killed over 30,000 civilians, and left it ruined. Nader only left Delhi and India on the condition that the Mughal emperor Muhammad Shah I would beg him for his life and hand him over the royal treasury. Later, Marathas themselves came as the protector of the Mughals when again a treaty was signed in 1752.

In 1803 the British East India Company arose, and in the Third Battle of Delhi, they defeated Marathas, winning over Delhi. The dominion of Britishers was not acceptable, and that gave rise to The Indian Rebellion of 1857.

The revolt caught Delhi on 11 May and declared Bahadur Shah II the Emperor of India. However, on 8 June 1857, Britishers regained their control, and Bahadur Shah Zafar II was captured and exiled. British Government took direct control of Delhi, seizing all the Mughal territories.

In 1911, Delhi was again declared as the capital city of India; the title was once assigned to Calcutta. A monumental new quarter was established; it was designed by the British architect Edwin Lutyens. The University of Delhi was also founded in 1922.

However, after the independence of India in 1947, Delhi was a standalone capital operated by the Government of India, and it became a house for the parliament and Rashtrapati Bhavan.

So that was about it; we hope you enjoyed reading the city’s history. Delhi is always loved by the tourists for its great amount of sites; do visit Delhi and have your moments enjoyable. Be aware of the current pollution rate before visiting!