As the love for RC drones and airplanes grows, so does the development of drone racing simulators. These are software that helps amateurs and even pros train from basic to complicated maneuvers. The standard gear you would need to fly simulators is the same used at real-life flights: a controller and the radio’s trainer USB cable port. However, this common configuration normally brings a setback: annoying wires everywhere.

If you are tired of having a cable in the way when flying sim drones with your Taranis, you’ll be glad to know that your problem already has a solution! FrSky recently released a Wireless USB Simulator Dongle: the XSR-SIM. Now you can use your transmitter the same way you use it when you go fly the real things. No more 15′ USB cable strung across the family room to the computer attached to the TV. Get it at Horusrc.com for less than $20 and cut the cord!

The FrSky Wireless USB Dongle For Simulator allows you to wirelessly connect your FrSky transmitter to computer to use simulator. Just install the pre-loaded HID driver to your PC (Mac users will need to download the correct HID drivers). Then bind your transmitter to it, now you can move freely while using a simulator.

What is the XSR-SIM
In a few words, it is a Bluetooth Dongle + FrSky RX combo that is extremely simple to set up and works great: plug it directly into your computer, create a Simulator Model on your transmitter, then bind them the way you would usually do with a receiver and you are ready to fly your drone racing simulator.

Why you want one
Yes, it’s actually cheaper to run a generic Mini USB cable between the transmitter and the computer. But sometimes you might want a wireless connection because having a cable can be quite inconvenient. Some older transmitters don’t even have a specific port made to link it to a simulator. And, sometimes, not having the cable at all might be the problem too.

For example, many users have ranted about easily losing their cords or not finding the USB cable with the right head that connects to their TX. So, it’s good to have options, and certainly, the XSR-SIM is the best out there. Some users might find the wireless dongle easy to loose too, but that is fairly simple to counter: you can just leave it plugged to your computer since it takes only a little space.

The FrSky Wireless USB Dongle For Simulator allows you to wirelessly connect your FrSky transmitter to computer to use simulator. Just install the pre-loaded HID driver to your PC (Mac users will need to download the correct HID drivers). Then bind your transmitter to it, now you can move freely while using a simulator.

Set up
As was said before, setting up this unique FrSky Wireless USB Dongle for drone simulators is super simple. The XSR-SIM has a built-in receiver, so you will have to bind it to your Taranis or Horus radio. Just follow the steps below and you will be racing your sim drones like you always have done in no time, but now with no strings attached to your TX!

If you already have a simulator model on your transmitter, all you will need to do is plug in the XSR-SIM and follow the normal binding routine of the sim model selected on the TX. There is a helpful video on the FrSky site on the XSR-SIM page.

Model Creation
At the MODEL SELECTION page of your TX, create a multicopter model
At the MODEL SETUP page, rename our model to your choosing
Binding
While holding the F/S button on XSR-SIM, plug it into your PC
At the MODEL SETUP page, choose the D16 binding mode and bind your XSR-SIM (Ch1-8 Telem ON Mode)
When both green and red LED’s are lit, exit binding mode and return to the Model homepage
Remove the XSR-SIM then plug it right back into the PC (but now not holding the F/S button). The green LED should light at this moment, indicating that the binding process is complete
Calibration and Fly: continue with your usual simulator calibration process and you will be ready to fly.
Simulator Compatibility
As expected, it won’t work with all kinds of simulators since some of them are only compatible with a specific set or chain of associated products. But, According to Frsky, this dongle works with all popular drone racing simulators such as Freerider, Velocidrone, DRL, Liftoff, FPV Air 2, and so on. You can also flash the firmware quite easily through the SmartPort interface if there are incompatibility issues with future sims.

OS Compatibility
Since it’s actually pretty similar to using a flight controller + receiver combo, except the wiring and requirement is much simpler, the user might think that there must be some other downside to this: maybe it won’t work with all Operational Systems? However, this dongle works out of the box with Windows 10 so no more weird driver issues with your particular transmitter’s USB port!

For Windows, it should work straight out of the box, given that the HID driver is pre-installed. Now, for Mac OS users, you will have to install the correct HID drivers first that already come with the USB. It’s as simple as that.

Beware of the Firmware
Exactly like a receiver, it has either FCC or LBT (EU) firmware installed, so beware of this little detail before you buy this drone racing simulator wireless dongle on an impulse. If you are having trouble binding it, usually it is because of a firmware issue, meaning your Taranis might be on FCC or LBT but the XSR-SIM is on the other. 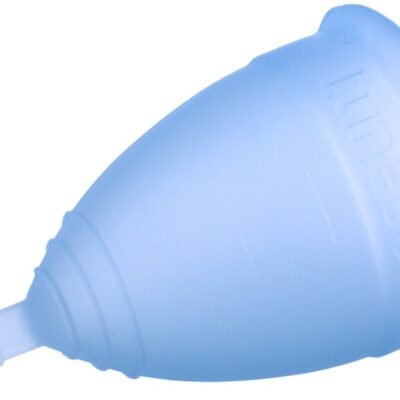 Select the right receiver for your flight controller