For years we have been accustomed to boxy, rectangular type radio controllers for our RC drones and planes. You might have wondered why no one has launched a gamepad style controller for drones, especially the FPV market, as it is smaller and fits in your hand more easily, not to mention the ease of carrying around. FrSky had listened to their customers and launched that controller! In this article, we will look at the FrSky Transmitter Taranis X Lite Review & impressions.

Initial Impressions
The FrSky Transmitter X Lite comes in a really nice hard case which FrSky calls the “EVA Case”. This is a really good sturdy case that you can use to carry the radio around and since it comes with the radio, you wouldn’t need to purchase one separately.

Coming to the radio, it is quite smaller than the traditional boxy styled radio that we are used to and has a good grip (literally!) with its rubberized back handles. A neck strap nor a holder for it is provided with this radio as the radio is too small for it anyway (although the TBS Tango has it!)

This radio is targetted directly for the “thumbers”, especially the drone racers.

The Ergonomics
One the first feel you’ll notice that this radio is much different from the usually available ones. If you are a gamer (Xbox or Playstation), then this form factor would be familiar to you.

The radio fits in your hands quite well and feels natural.

There is also an RP-SMA port for external antenna if you require. Since the FrSky Transmitter X-Lite has an internal antenna, the stock range would be lower than what you get with an external antenna but I have personally not compared the range difference.

The Gimbal
The stock gimbals on this radio are M-12 hall-effect gimbals. These have a short through, meaning the stick travel from one end to the other end is quite smaller than the usually seen M9 or M7 gimbals on the FrSky Taranis X7 and X9 series of radios.

As always, you can open up the radio to adjust the tension springs to your liking. The stock tension is good enough in my opinion.

Ports
On the bottom side of the radio, you find 4 ports.

One 3.5mm audio jack to connect headphones or external speakers; one SD card slot; S.Port for updating your receivers; and one micro USB port to update your firmware and use your radio along with a simulator.

On the back-side of the radio, you also find a JR-module bay although his bay is different from the traditional JR module bay (much smaller with different pin shapes) due to the lack of space for a full-sized JR module bay. Although it is smaller, the pin order is the same as the normal full-sized, so you can fit any JR bay compatible modules with a bit of modification.

The Battery
This is one point where FrSky has really made an unfortunately bad decision. They have opted for a rare style 18500 size battery compartment for the FrSky Transmitter X-Lite. You need two 18500 cells to power the radio, one cell in each arm of the radio.

The choice to go with the 18500 size battery was a let down as this size battery is not commonly found as compared to the usually found 18650 size battery. Although you can 3D print an extender to use 18650 cells, this is not a good way as the cell might become stuck inside.

Also, the X-Lite does not come with a battery charging circuit in-build!

These two points were a bad choice by FrSky as they could have easily gone with 18650 cells and an internal charger. The lack of the charger means you will need to remove the cells each time to charge it externally, not to mention finding an appropriately sized charger case can also be a pain.

Software
As usual, the FrSky Transmitter X-Lite also comes with OpenTX firmware. The firmware has been optimized to be used on the X-Lite and it works great! With regular updates from OpenTX, this part of the radio is not worrisome.

Pros & Cons
It is small and lightweight and the EVA case is really good.
Full range radio with 16CH (ACCST)
Easy to use out of the box
Uses unconventional 18500 cells
No in-build charging
Conclusion
In this FrSky Transmitter Taranis X Lite Review, we have seen the initial impressions and some in-detail specs of the radio. Overall, the X series of radios from FrSky is a great addition to its portfolio of radio controllers and with its small form factor, it is a great device that I can recommend to anyone.

Get the Best Online Deals for Shopping through these websites 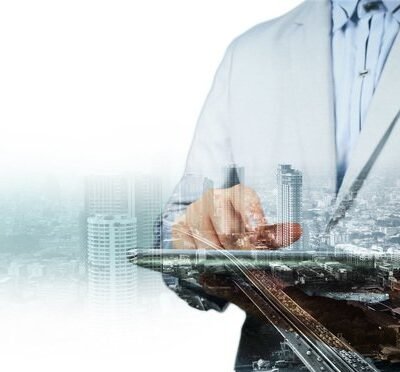