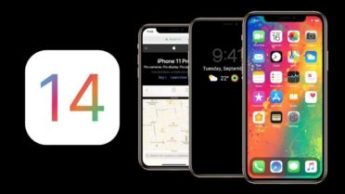 Once in a year, Apple announces significant updates to the iOS operating system, bringing several features to many iPhone devices for free, patching security bugs, tweaking the way the interface works, and making everything look completely different. The next update is iOS 14.

Going by the past years, a new version of iOS is expected to release in the fall of 2020. It is likely that a developer beta will be released in June at WWDC 2020 followed by the release of the developer beta in the following weeks. Rumor mills are abuzz with the fact that iOS 14 should be unveiled this June, and the software will come standard on the iPhone 12.

The launch of iOS 13 came with a suite of new features such as Dark Mode and a wholly revamped Photos app. However, the latest version is riddled with several bugs. As a result, Apple released several updates in a reasonably short timeframe to improve the stability and overall performance of the operating system.

iOS 14 is all geared to overcome bugs with the introduction of new internal measures before public release. It is important to collaborate with iOS app development company to understand changes. Here is what you can expect from Apple’s ioS 14 and top rumors making around:

With the last few years precedent, Apple is expected to release iOS 14 between 14 and 18 September 2020. However, before the announcement, expect the first developer beta around 8 June, and the first public beta around 29 June. Apple is likely to declare its plans for the forthcoming software updates for its wide range of products at its popular annual developer-focused WWDC event, which is held every usually in the first week of the month of June.

Following the reveal, developers get quick access to the software to ensure apps are updated by the time it’s released to the public, especially around mid-September every year.

iOS updates tend are released in mid-September, nearly a week after the iPhone launch event. Apple follows the same pattern every year when it comes to software releases such as iOS, iPadOS, and macOS.

With iOS 14, it is expected that Apple will drop support for at least the iPhone SE, but don’t be surprised if the iPhone 6s and 6s Plus also drop support.

In this article, we present everything you need to know about iOS 14 right now, including the expected release date, information on the new internal development system, and a list of features likely to make its way in iOS 14 when it makes its debut.

Switching from one app to another can be a hassle in terms of swiping your way through a series of individual app screens. This could potentially change in iOS 14 with a multitasking interface effectively, meaning the display of around four open apps at a glimpse. Taking advantage of larger screen sizes, which are now becoming common for iPhone, the feature will rely heavily on the multitasking interface Apple uses in the iPadOS.

The current iPhone 11 and iPhone 11 Pro Max come with 6.1- and 6.4-inch displays, respectively. It is rumored that iPhone 12 models will have comparatively larger screens that are 6.1 inches and more significant.

Reports suggest that Apple will allow iPhone and iPad users to choose a third-party mail, browser, and music apps instead of default Apple apps. The revolutionary change will enable apps to like Google Chrome, and Gmail set as default apps on iOS devices. As a result, tapping a link or an email address will not open Apple’s own apps.

Apple is considering this move to avoid criticism and flak that its own apps have an undue advantage over third-party apps due to default installation and prominence in the App Store. It’s about noting that Apple is still in the planning stages with changes, and they might not be implemented.

It is an era of 5G, as wireless carriers have launched their new networks to bring faster speeds and lower latency. Apple’s is now joining the bandwagon, with the iPhone 12 adding 5G compatibility. It is now safe to assume that iOS will include 5G support. We could expect Apple to enhance the 5G experience on iPhones with iOS 14 to connect to the faster network.

Apple is continuously endeavoring its vision of making Augmented reality technology available on iPhone devices. In the near past, Apple has released tools for a developer in combination with iOS updates to help build augmented reality apps that leverage the iPhone’s cameras. With rumors indicating that iPhone 12 models might incorporate a time-of-flight sensor to the rear camera array, we would continue to see Apple championing the potential of AR with iOS 14.

With iOS 13, Apple introduced the capability to detect and block spam phone calls. Termed as Silence Unknown Callers, this feature blocks any number, which is not from the user’s contact list, directing calls to voicemail. iPhone users are looking forward to smarter alerts highlighting possible spam calls without relying on third-party App Store apps.

iOS 14 will offer different levels of filtering with blocking for notorious spam numbers and proactive filtering of calls with a chance of being a scam.

iOS 14 is all set for a debut to redefine the mobile app development industry. Stay tuned to this space for more updates about iOS 14.

How to start a mobile business