Stephen Hawking’s PhD thesis | This is why Cambridge website Crashed

Sir Stephen Hawking were 24 in 1966 when he did PhD ‘Properties of Expanding Universes’ and this helped many other scientist to explore ‘how universe was built, millions of years ago’. And  just because of such interested topic in the thesis of great scientist, the website was not accessible during the day hours.

When asked to Sir Stephen Hawking, he said, “Making my thesis available to the public would inspire people around the world to explore new universe and stars rather than looking at their feet; make more logical sense of COSMOS.”

In 1966 most brilliant scientist Stephen Hawkings has so many followers online, Apollo get thousands of visitors every month.  University also declared that from October 2017, every new PhD student will submit and e-copy of their work so that it can be available for the public for free.

Where can we read the genuine copy of Stephen Hawking’s thesis?

And there is not a single doubt that this thesis will inspire many minds to study in depth part of our or other universes. but this crash of website showed us why He is a great scientist, of course He has made so many contribution to our science and technology, and we love and admire Prof. Stephen Hawking for that.

How To Fix Sage Error Code 1603? [Causes and Resolution Methods] How to incorporate Machine Learning in Android App Development? 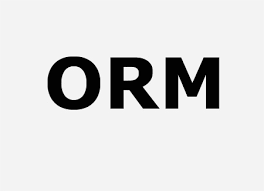 Points to Remember When Hiring an ORM Agency.