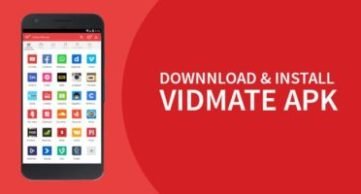 At the moment, video editing on Android devices is not yet at its full potential and many people still prefer to use PC software such as Windows Movie Maker, Adobe Premiere Pro or Final Cut Pro X to edit their videos. However, you will be surprised to know how many good video editing apps are present on the Google Play Store and how many functions they can offer the end user in editing videos. If you are looking for the best video editing apps to cut, merge and add transitions to your movies, then you have come to the right place as below you will find what are (in my opinion) the best video editing applications for Android.

VMate – Vmate is not a normal video editing app but it is a social media platform in itself. Yes! You guys might know about the TikTok as it has become one of the greatest platforms available for influence marketing and can be considered as a great social media platform. Similarly, VMate is also have features like Tiktok but better and modified. You not only can edit your videos but are able to shoot them with amazing background and special effects. Most of the celebrities such as Ashish Chanchalani, Bhuvan Bam and even Sunny Leone are showing their interest and have account on this app.

FilmoraGo – Free Video Editor is an easy-to-use video editing application for Android devices. The app integrates many basic features, such as the ability to cut a clip or join multiple clips together, allows you to add smooth transitions, play videos in reverse and much more that make FilmoraGo – Free Video Editor suitable for users who they aim to make some final touches to their videos.

KineMaster – Video Editor is an app that allows you to edit videos and which you probably have already heard of. The application has been on the Google Play Store for years and over time has undergone many updates that have allowed it to add the best features. KineMaster – Video Editor has all the basic features that you would expect to have an app of this kind, but it also includes many functions that allow complex changes to videos, suitable more than anything else for professionals.

These are the best video editing applications for Android that allow you to work on your movies by editing them in various aspects, without the need to use a PC or spend money on expensive computer software. Now you do not need to download the edited videos from YouTube or Instagram from Vidmate app download. Because now you know about these amazing apps and can edit your videos in your own way.

Best 8 Places To Stay in Tokyo